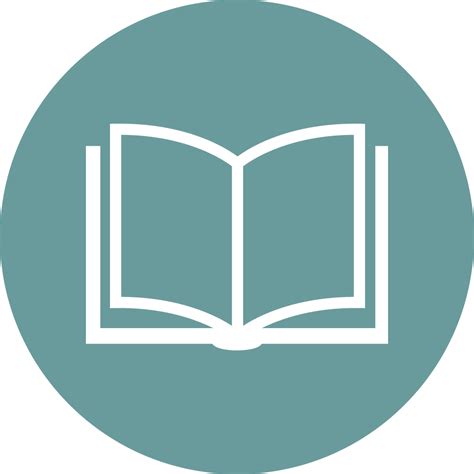 Want to learn more about social justice issues while meeting like minded people? Well then, you’ve come to the right space! #RebellingReaders is a FREE radical book club that seeks to educate folx on various social justice topics through critical pedagogy, community and discussion. This book club aims to get people to not only read more but to also read better all while making friends. It was founded on the idea that we are all teachers and students. We respect each other and understand that every single one of us has something to unlearn.

Liberation cannot be achieved without reading! Throughout history and the present, we can see that self-education has been a critical part of revolutionaries like Malcolm X, Che Guevara, Emma Goldman and Angela Davis. For these reasons, I have decided to start this book club.

First Wednesday for the Month:

The book will be revealed on Instagram, Facebook and Twitter. Before the day is over an e-book will be emailed out to everyone who completed the google form. Please note that no more books will be sent out after they have been discussed. Once this is filled out you will receive an email with an invite to join a group chat on the GroupMe app. On GroupMe, we discuss future books, share educational resources, and vote for future books.

Last Wednesday of the Month:

The discussion will be held from 6:OO pm to 8:00 pm PST on Zoom. The link to the zoom call will be emailed out the day before. Be sure to bring comfy clothes, a snack and your favorite drink!

How to Join Book Club:

2. Share the book club image on your social media with the hashtag #RebellingReaders

3. Fill out this google form ONLY DO THIS IF YOU ARE NEW TO THE BOOK CLUB

The book stresses the importance of self-education for liberation and redefines teaching and learning. The methodology of the late Paulo Freire has helped to empower countless impoverished and illiterate people throughout the world. Freire’s work has taken on especial urgency in the United States and Western Europe, where the creation of a permanent underclass among the underprivileged and minorities in cities and urban centers is increasingly accepted as the norm.

This book is a collection of essays, written by activists, journalists, community organizers and survivors of state violence, urgently confronts the criminalization, police violence and anti-Black racism that is plaguing urban communities.

In this book, Kuhn continues his reconnaissance of straight edge culture and how it overlaps with radical politics. Extensively illustrated and combining original interviews and essays with manifestos and reprints from zines and pamphlets, X is a vital portrait of the wide spectrum of people who define straight edge culture today. X takes a piercing look at religion, identity, feminism, aesthetics, harm reduction, and much more. It is both a call to action and an elaborate redefinition of straight edge and radical sobriety.

In Revolting Prostitutes, sex workers Juno Mac and Molly Smith bring a fresh perspective to questions that have long been contentious. Speaking from a growing global sex worker rights movement, and situating their argument firmly within wider questions of migration, work, feminism, and resistance to white supremacy, they make clear that anyone committed to working towards justice and freedom should be in support of the sex worker rights movement.

This book lays out a case for how all of the things we want to see government do are possible, and the limitation isn’t money, it’s political will. It also dispels six key myths that have shaped the conventional understanding of deficits as inherently bad, instead arguing that deficits can strengthen economies and lead to faster growth.

Historian David E. Stannard argues that, the European destruction of the native peoples of the Americas was the most massive act of genocide in the history of the world. Stannard begins with a portrait of the enormous richness and diversity of life in the Americas prior to Columbus’s fateful voyage in 1492. He then follows the path of genocide from the Indies to Mexico and Central and South America, then north to Florida, Virginia, and New England, and finally out across the Great Plains and Southwest to California and the North Pacific Coast. Stannard reveals that wherever Europeans went, the native people were caught between imported plagues and barbarous atrocities, typically resulting in the annihilation of 95 percent of their populations. What kind of people, he asks, do such horrendous things to others? His highly provocative answer: Christians!

Today’s feminist movement has a glaring blind spot, and paradoxically, it is women. Mainstream feminists rarely talk about meeting basic needs as a feminist issue, argues Mikki Kendall, but food insecurity, access to quality education, safe neighborhoods, a living wage, and medical care are all feminist issues. All too often, however, the focus is not on basic survival for the many, but on increasing privilege for the few. That feminists refuse to prioritize these issues has only exacerbated the age-old problem of both internecine discord, and women who rebuff at carrying the title. Moreover, prominent white feminists broadly suffer from their own myopia with regard to how things like race, class, sexual orientation, and ability intersect with gender. How can we stand in solidarity as a movement, Kendall asks, when there is the distinct likelihood that some women are oppressing others?

A beautifully written, deeply provocative inquiry into the intersection of animal and disability liberation—and the debut of an important new social critic.

Beasts of Burden suggests that issues of disability and animal justice—which have primarily been presented in opposition—are in fact deeply entangled. Fusing philosophy, memoir, science, and the radical truths these disciplines can bring—whether about factory farming, disability oppression, or our assumptions of human superiority over animals—Taylor draws attention to new worlds of experience and empathy that can open up important avenues of solidarity across species and ability. Beasts of Burden is a wonderfully engaging and elegantly written work, both philosophical and personal, by a brilliant new voice.

An intersectional history of the shared struggle for African American and Latinx civil rights. Drawing on rich narratives and primary source documents, Ortiz links racial segregation in the Southwest and the rise and violent fall of a powerful tradition of Mexican labor organizing in the twentieth century, to May 1, 2006, known as International Workers’ Day, when migrant laborers—Chicana/os, Afrocubanos, and immigrants from every continent on earth—united in resistance on the first “Day Without Immigrants.” As African American civil rights activists fought Jim Crow laws and Mexican labor organizers warred against the suffocating grip of capitalism, Black and Spanish-language newspapers, abolitionists, and Latin American revolutionaries coalesced around movements built between people from the United States and people from Central America and the Caribbean. In stark contrast to the resurgence of “America First” rhetoric, Black and Latinx intellectuals and organizers today have historically urged the United States to build bridges of solidarity with the nations of the Americas.

This groundbreaking collection reflects an uncompromised definition of feminism by women of color. Through personal essays, criticism, interviews, testimonials, poetry, and visual art, the collection explores, as coeditor Cherríe Moraga writes, “the complex confluence of identities—race, class, gender, and sexuality—systemic to women of color oppression and liberation.

Drawing on an array of historical and contemporary case studies from across the country, Taylor

explores controversies over racially-motivated decisions in zoning laws, eminent domain, government regulation (or lack thereof), and urban renewal. She provides a comprehensive overview of the debate over whether or not there is a link between environmental transgressions and discrimination, drawing a clear picture of the state of the environmental justice field today and where it is going. In doing so, she introduces new concepts and theories for understanding environmental racism that will be essential for environmental justice scholars. A fascinating landmark study, Toxic Communities greatly contributes to the study of race, the environment, and space in the contemporary United States